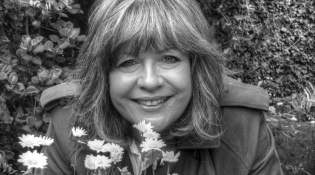 My idea, in 1981, was to create an ‘Agatha Christie’ style plot in a hotel, where actors became the victims, suspects and detectives and the guests became the sleuths. Guests would be able to follow the action, interrogate the suspects and view the evidence in a Police Incident Room. My ï¬rst weekend took place in 1981. I had only planned one event and thought that it would be a ‘bit of a laugh’! But the unexpected worldwide publicity turned my daft idea into an overnight success and I very quickly had to arrange several more weekends that could be covered by eager journalists and ï¬lm crews!!

“I formed my own company, Murder Weekends Ltd, and have performed Murder Weekends and murder nights (even Murder Cruises) all over the world. My company has entertained over 150,000 guests and the world-wide publicity we have received has meant many overseas customers have travelled to Britain to experience my unique world of mystery, mayhem and murder!”

I love writing the plots and in fact have now written more than Agatha Christie, who inspired me in the ï¬rst place! I haveÂ Â written and âcommittedâ over 12,000 mysterious deaths and have created over 141 complex plots, within which there are a minimum of three themed âmurdersâ, but usually many more historical deaths in each plot, amounting to over 12,000 sinceÂ I invented the concept in 1981.

Over those 39 years the charactersÂ I have personally played have had over 720 affairs, given âbirthâ to 473 illegitimate children, committed over 2,700 dastardly dispatches and been âslainâ over 4,000 times!

I was appointed a Member of the Order of the British Empire in the 2001 New Year Honours’ List for my services to tourism.

“I was totally gob-smacked and also bewildered, feeling totally unworthy, but very excited to be receiving such an award. It was the icing on the cake of 20 years hard, but very gratifying, work. The day at the palace was so fantastic and I will never forget it. My one regret was that my Mum had died four years before and she would have loved the whole day and would have been so proud of me!

I invented the most amazing career for myself which has turned into a world wide industry, but the thing that has given me the most pleasure is thatÂ I have met the most wonderful guests and performed my weekends with amazing actors who have now become firm friends. 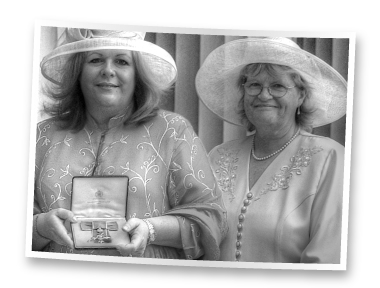